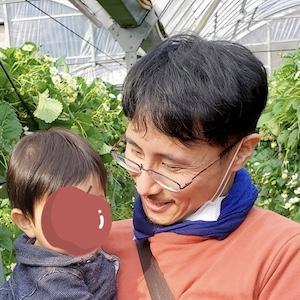 Associate Professor at Department of Advanced Social and International Studies, Graduate School of Arts and Sciences, the University of Tokyo (tenured)

MA (Advanced Social and International Studies), the University of Tokyo, 2009

⚫  “Colonial Policy Studies in Japan: Racial Visions of Nan’yo, or the Early Creation of a

⚫  “The Myth of the Commonwealth: A Genealogy of Settler Colonialism, Greater Britain and the Round Table Movement,” in The British World: Dimensions of Imperial Ties, ed. Mahito Takeuchi (Tokyo: Nihon Keizai Hyoron Sha, 2019), ch. 7: 199-228.

⚫  “A Transatlantic Resonance: The Theories of Multicultural Symbiosis of Alfred Zimmern and Horace Kallen,” Annals of the Society for the History of Social Thought, No. 41 (2017): 74-92.【Research Prize article】

⚫  “The Projects of Greater Britain and Classical Receptions: The Grecophile Thought of E.A. Freeman and Alfred Zimmern,” Japanese Journal of Political Thought, No. 17 (2017): 327-359.【Research Prize article】

⚫  “‘So They Gave Their Bodies to the Commonwealth’: Alfred Zimmern’s The Greek

⚫  “Alfred Zimmern’s Proposal for an International Welfare Society: A Conceptual Linkage Between the British Commonwealth, the League of Nations and the Trans-Atlantic Community,” International Politics, No. 168 (2012): 16-29.

⚫  “‘Well-being’ Beyond State Boundaries: The Interrelations of the Domestic and International Social Orders in L.T. Hobhouse’s Political Thought,” Annals of the Society for the History of Social Thought, No. 34 (2010): 104-121.

⚫ “Ecological Internationalism? Postcolonial and Archipelagic Visions of the Pacific,”

⚫ “Europe, the British Commonwealth and Liberty in Interwar Britain: A Burkean Moment?” International Workshop ‘Britain as a Home of European Liberty in the 19th and 20th Centuries,’ the Centre for Political Thought, Durham University (UK), 16 September 2019.

⚫Early-Career Research Prize, the Japanese Society for the History of Social Thought, 2017

⚫Early-Career Research Prize, the Japanese Conference for the Study of Political Thought, 2017